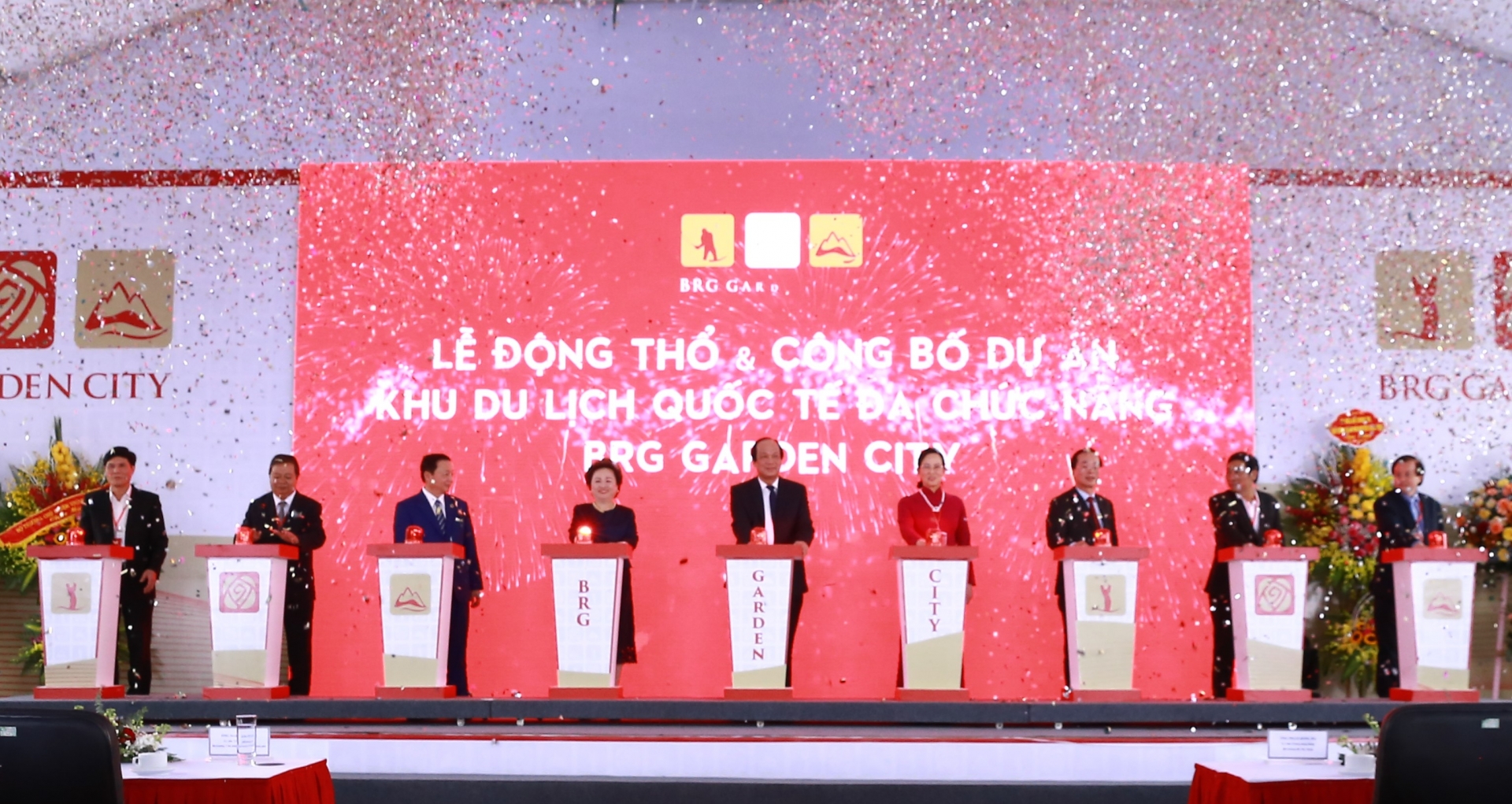 With a diversified system of tourism products and services that are synchronously invested in, the initiative will help to maximize the potential for tourism development, while creating a motivation for the meaningful socio-economic development of Ha Nam.

The project will be constructed in Tuong Linh commune in Kim Bang district, about 60 km from Hanoi and around 10 km from Phu Ly city.

The BRG Garden City Tourism & Lifestyle destination is expected to become a complex of comfortable and high-class services for residents and tourists in Ha Nam. There will be a system of international-class hotels of up to 200 rooms, with an additional number of quality conference rooms for international seminars and events.

BRG Garden City will also include plenty of exciting entertainment areas such as a horse racing site, amusement park, and a modern urban area. The project also offers a premium golf experience at the 36-hole golf course designed by Nicklaus Design, the world's No. 1 golf design company founded by golf legend Jack Nicklaus.

The project has been planned and designed to create a modern tourism ecosystem based on the utmost respect for natural values.

Meanwhile, farm tourism at BRG Garden City will give visitors a great natural experience at the organic agricultural garden or the vast flower field. In particular, the conserved mountain area combined with a number of spiritual cultural tourist sites and traditional villages nearby will create a unique and sustainable tourism experience.

To implement the venture, BRG Group has spent time and enthusiasm in implementing the planning and design of the BRG Garden City Tourism & Lifestyle destination.

Speaking at the ground-breaking event, BRG Chairwoman Madame Nguyen Thi Nga shared, “In the planning and project design stage, I and BRG Group have been inspired greatly by Ha Nam provincial leaders over the generations. They have always wanted to create a breakthrough for provincial tourism. BRG Group tries its best to maximize the huge potential of the Ha Nam tourism industry, thereby creating leverage to promote socio-economic development of the province in the future.”

Madame Nga added, “The special purpose of the BRG Garden City project is to help develop the tourism economy quickly, but still on the basis of respecting and promoting cultural, social, and natural values. We expect the project will bring a new modern tourism look, blending with the inherent heritage values of the locality to help make it a unique tourist center of the region.” 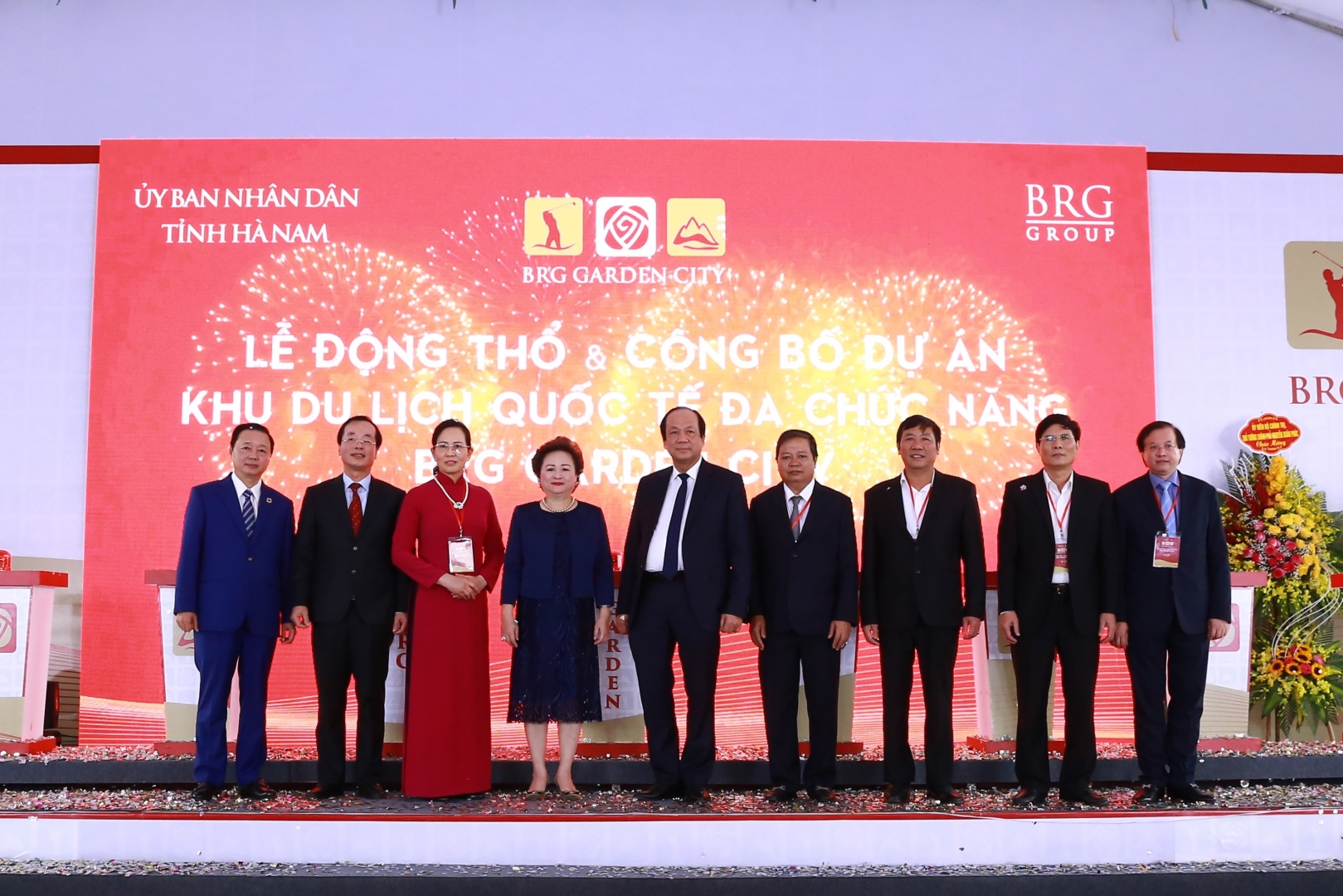 In order to successfully implement such a meaningful project, the plan has received the support of leaders from the central to local levels.

“BRG Group's Tourism & Lifestyle destination project is identified as an important project in the province. When put into operation, the project will create high-class entertainment products and services to meet the needs of tourists, foreign experts coming to Ha Nam, and local people,” said Nguyen Xuan Dong, Chairman of Ha Nam People's Committee, at the event. “At the same time, the project will contribute to the most effective conversion of the arid mountainous areas or unused land into an eco-tourism area associated with the protection of nature and the environment, creating a highlight for tourism in Ha Nam province in particular and surrounding areas in general. It will also contribute to creating more jobs for local workers, increasing the state budget, and restructuring the economy in order to realize the policy of developing tourism and trade in services.”

Along with the positive contribution towards preserving and exploiting the potential of Ha Nam’s heritage, BRG Garden City is also expected to be an initiative to upgrade tourism in Ha Nam province to a new level. The planning of the project is consistent with the orientation of the master plan for tourism development in Ha Nam until 2030, with a vision to 2050, which aims for the province to become a resort tourism center of the Red River Delta.

With a well-invested system of products and services, the BRG Garden City Tourism & Lifestyle destination promises to become an attractive tourist destination not to be missed in Ha Nam province for both domestic and international tourists.